If an Architect is to form, then a Structural Engineer is to function. There are many hues of Engineer, designing structures in a diverse range of fields from tunnels to turbines, bridges to boardrooms. A residential Structural Engineer works with homes and houses, and is usually brought into the project by your Architect.

As far as your extension goes, the Structural Engineer will perform three primary functions.

A structural survey is thorough, although non-invasive examination of the property to check that the building is structurally sound. The survey will generally be carried out as a pre-requisite to calculating the new extension’s structural needs. Some Engineers do not conduct a site survey and instead make working assumptions upon which they base their calculations (more on why this is not recommended later).

Structural inspections are different from structural surveys. They can be requested by the Engineer to gather information that he/she was unable to obtain during a survey. Inspections are an invasive look under floors, behind walls, within ceilings and beneath ground, to check for any acute or potential breaches in structural integrity, and carried out in specific spots around the property.

In construction, a structure is an assembly of parts designed to carry and transmit load safely from the roof through down to the footings. Integrity is defined as the state of being whole, entire and undiminished. So the structural integrity of a building is it’s ability to perform the load-bearing function for which it was designed, without coming apart or warping.

Structural calculations are a set of mathematical proofs crunched by the Engineer, which evidence how the new space will be opening up and how the extension must be constructed, whilst maintaining the structural integrity of your existing property.

The calculations will have burped out the structural detail of construction. Things like the type and depth of foundations; concrete strength; type and sizing of steel beams; connection detail; support over openings, loading onto internal walls, type and size of spreader plates, joist sizing, spans, distancing, joist hangers, trimmer detail and fixing detail to name but a few of the usual suspects.

Either your Architect will assimilate the structural work into the approved plans, or the Engineer will recreate their own upon which to show the structural design. Whichever way, the structural design should be unified with the planning-approved drawings, so that you the homeowner continue to enjoy the sanity of having just one set plans to concern yourself with.

So for extensions, now you know what a residential Structural Engineer does. They carry out  structural surveys and inspections as required, produce the calculations and draw up the resulting structural design. 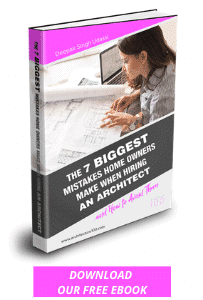